The Interesting History of Intraoral Cameras

Our dental camera team shares that Louis Daguerre introduced photography to the world on January 7, 1839, at the Paris Academy of Sciences. Later that year, Alexander S. Wolcott (a New York-based dental instrument manufacturer) patented the first camera based on Daguerre’s design.

The freshly expanded realm of photography spurred the creation of the American Journal of Dental Science almost immediately. This journal provided images demonstrating the pre-operative and post-operative conditions of patients who had cosmetic and restorative dental operations performed.

The American Publication of Dental Science, the world’s first dental journal, was inspired by this dazzling new possibility with images. Thompson and Ide released preoperative and postoperative dental photos. Dentists have employed extra-oral cameras to precisely record images inside the oral cavity since that time. This benefited restorative and cosmetic dentistry since it allowed dentists to monitor oral problems to achieve the most aesthetically pleasing results.

In the late 1980s, the first real intraoral camera (IOC) was introduced. However, it was a traditional analog IOC system. Finally, on July 7, 1987, Fuju Optical Systems of Los Gatos, California, received a registered patent for an intraoral camera and released the DentaCam that same year.

Endoscopes have been used in gastroenterology for many years, but the potential for intraoral cameras has continued to increase as manufacturers improve them. Several imaging technologies for digital images were employed in various areas of medicine and were augmented with computer software. In the late 1980s, this reimaging was used in dentistry to educate patients and aid plan treatments for changing oral anatomical frameworks.

Needless to say, prior versions of intraoral cameras were prohibitively expensive (a unit costing around $40,000), large, and difficult to use. To give you an idea of how basic those systems were, they included a big video processor box, a handpiece, a dedicated computer (fitted with a floppy disc drive used to save and transfer still photos), and a VCR used to display video images. 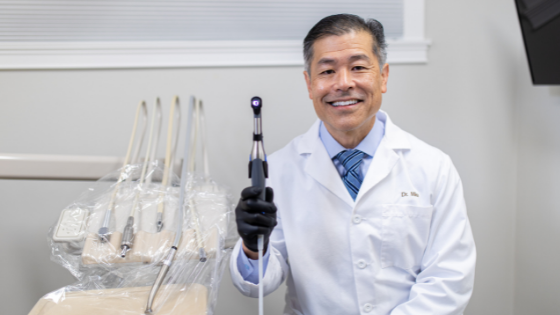 However, technological advances continued to be made over time, and intraoral camera systems grew more inexpensive and tiny.

A dental intraoral camera today, like Digital Doc’s best intraoral camera, is roughly the size of the handpiece of decades-old IOC systems. These new devices are only a fraction of the price of previous systems. Intraoral dental cameras have become a popular element in dental operatories because to their USB connectivity, HD image technology, ease of use, and other perks.

Another aspect contributing to the increasing use of intraoral cameras nowadays is their utility in patient education. When a patient sees real-time photos of their mouth, they are more likely to accept the proposed treatment plan. The same photographs will be forwarded to insurance companies to demonstrate why a particular dental procedure is required.

The images obtained with intraoral cameras are so convincing that many insurers now accept photographs that are merely emailed to them along with the treatment documentation.

Intraoral camera images must be appropriately saved and categorized so that they may be easily retrieved when needed. The photos, for example, can be transferred straight to a patient’s digital file. Dr. Herko, the best dentist in New Providence NJ, explains that it is critical to back up the photographs that have been recorded and saved in an offsite location.

Contact Digital Doc to Schedule a Demo With Our Intraoral Cameras

Intraoral cameras have come a long way. These improvements have made dental care easier, faster, and more dependable. Additionally, this modern dental technology increases patient satisfaction. Now is the moment to contact Digital Doc and become a part of the dental technology revolution. Schedule a virtual demo with one of your local Digital Doc representatives today!